Atlanta, GA: This summer is definitely one for the record books. Not only for the amount of rain we have received, but for the low number of drowning incidents thus far this summer. Is the rain keeping people indoors and away from the pool or is aquatic safety finally on everyone’s mind?

This coincident could easily be encompassed by that 80/20 rule as most things do in life. 80% of this success can be attributed to the rain and people finding other ways to entertain themselves this summer and 20% of the success has to do with a more safety-conscience public. Our lifeguards, however, may beg to differ with this assumption and would certainly have a strong case in doing so!

Today more than ever our young lifeguards are embracing their roles as lifesavers and taking aquatic safety more seriously. They are understanding the risks an aquatic facility has and their role in managing these risks to prevent injury.

Our lifeguards continue to remain fresh on their skills which was no more present than on the afternoon of June 11th when an 18 year old young man at the Hamilton Mill pool, on a dare, decided to see how long he could hold his breath. Now we have all played this game in one fashion or another. Whether it was at swim team practice and attempting NO BREATHERS or simply submerging with our friends to see who could hold their breath the longest.

As we attempted these feats, little did we know the dangers involved and that we could have suffered from SWB or Shallow Water Blackouts. SWB is believed to be the #1 cause of swimming related deaths. According to ShallowWaterBlackoutPrevention.org,

“Shallow Water Blackout typically occurs because of low carbon dioxide (CO2) and low oxygen (O2). Unconsciousness occurs when O2 levels in a swimmer are too low. What triggers us to breathe to get O2 is HIGH CO2 not low O2 as one might think.Hyperventilation done before breath-holding lowers the CO2 abnormally so one can hold their breath longer, however, one may experience Shallow Water Blackout even without hyperventilation before breath-holding. The primary cause of SWB is lack of O2 reaching the brain.”

Fortunately, the silent distress this young man was under was quickly recognized by Ashley Petracco, Austin Butler, and Steven Fanczi,  the lifeguards on duty June 11th. Without hesitation, these lifeguards activated the facility’s Emergency Action Plan (EAP), removed him from the water and immediately began CPR while waiting for Gwinnett County EMS to arrive. Due to the quick recognition and swift action of these guards, this young man will make a full recovery.

While lifeguarding is one of the best summer jobs a young adult can have, it is also one of the most important. “Being a lifeguard is not for everyone” says Kirby Fouser, Staffing Director for Sweetwater Pool Management. “It takes discipline, vigilance and a strong charter. Lifeguarding is not just about getting a tan and twirling your whistle, people’s lives are in your hands and they are counting on you to be attentive, proactive and responsive.”

Were these lifeguards heroes or just doing their jobs? I believe both and so did Gwinnett County. All three were honored at the July Firestats Award ceremony receiving the Gwinnett County Meritorious Award recognizing their lifesaving efforts. So few of us lifeguards have to use the lifesaving skills we learn during training and many of us have never had to use them. Therefore, when one of us is called into action, acts quickly and without hesitation just as trained, then yes, I think they are HEROES.

For Ashley Petracco, Austin Butler, and Steven Fanczi, June 11, 2013 will live with them forever, because on that day, their heroic actions saved a young man’s life. 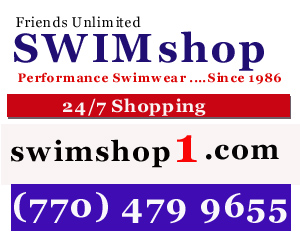